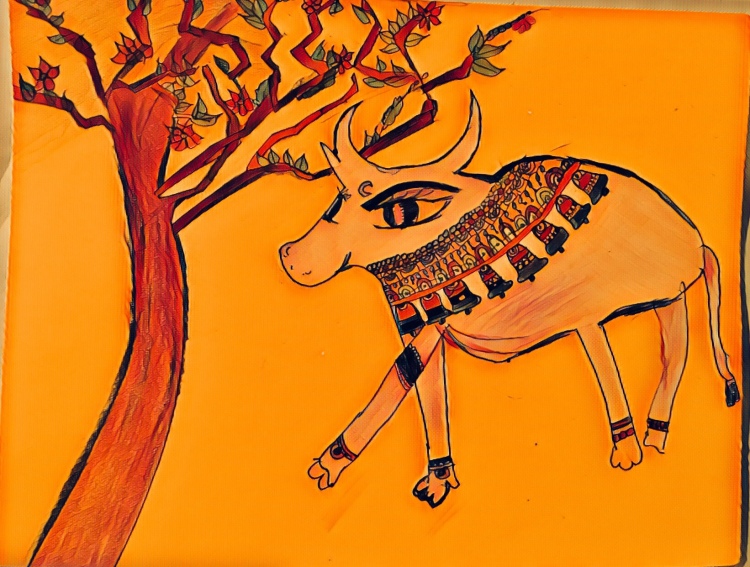 Nandi stands vigil over Mount Kailasham, Lord Shiva’s abode, and is his bovine protectress. Shiva is also Kali’s consort. The image of the bull and its association with Shiva dates back to the Indus Valley civilization of antiquity, as envisaged in the Pashupati Seal, which dates back to Mohenjodaro c. 2500-2400 BCE. Bull seals such as this one discovered amongst the ruins of the Indus Valley have led historians and archaeologists to conclude that Shiva was an important deity for this civilization, for he is the patron god of fauna and so, particularly  important to keepers of pastoral, cattle-herding life. . It is also striking that in literary Malayalam the word “Pashu” today means cow.